Improving app launch time is an evergreen topic, with Apple sharing tips since the first iOS SDK. Overtime, the techniques will change. I was looking at it again, after many years, and there are many new things worth sharing.

We used to add the environment variable DYLD_PRINT_STATISTICS to print the durations for dylib loading, initializer etc. But things have changed, maybe with parallel optimizations, so those statistics have become irrelevant.

The new way is to use Instrument profiling, and it will visualize the launch along with build durations. 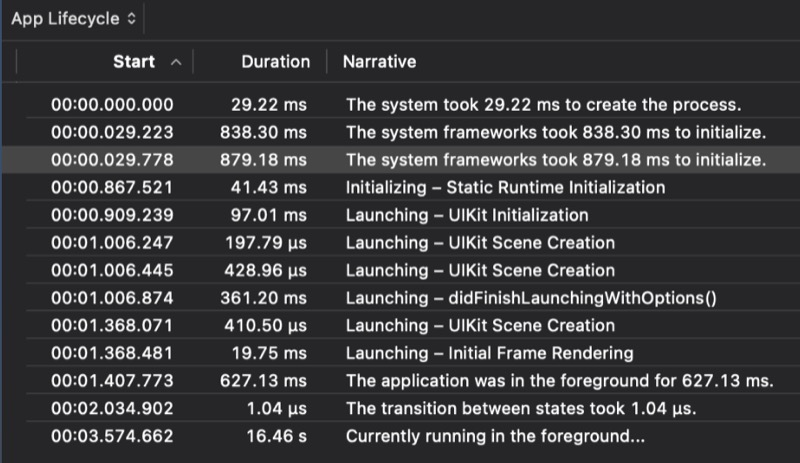 It is a big step forward, where you can see all the static initializers, your method calls, and how long they spent running.

How to use Instruments

Simply use the template App Launch. I will not explain further.

In WWDC 2019, it was covered nicely, along with how we should measure launches consistently. There are 3 launch types to note. 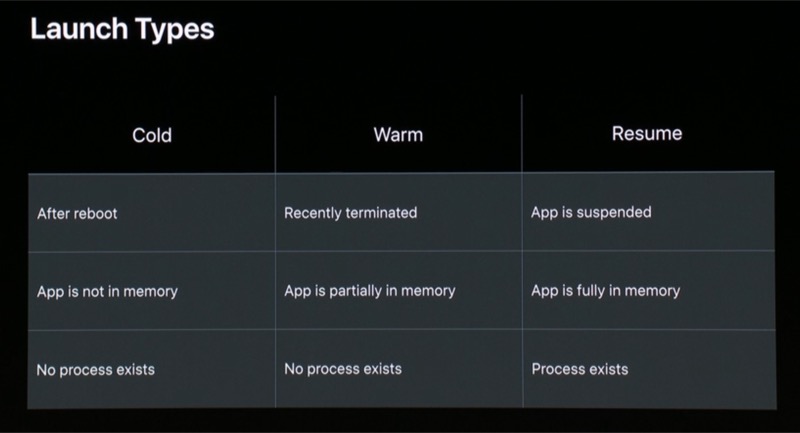 It is fundamental to know cold vs warm, because you need to measure improvements consistently. Obviously, a cold launch is slower than a warm launch, so don’t compare 🍎 to 🍊 or 🤖

In WWDC 2022, they explained the history. Static was introduced in the 70s, while dynamic in 90s. It’s that old.

I will also not dive further, because I can never grasp the differences. Vadim Bulavin has a good writeup. Usually, static linking will improve your app launch time. For example, Firebase recommends it:

Objective-C has a load() method that runs once when a class is loaded. Too many of that, and you will have a performance hit.

But if you’re using pure Swift, you don’t have such issue.

In your scheme, disable diagnostics such as Main Thread Checker and Zombie Objects.

On your device, enable airplane mode.

Create a new target of type UI Testing Bundle, and the template code includes the following:

I actually updated the template code to the newer XCTApplicationLaunchMetric(waitUntilResponsive:) which will wait until it is responsive.

Note that the test case is measuring 5 warm launches.

You can even set a baseline, and if the test case runs slower than that, it will fail! Regression no more 🤘🏻 (theorectically)

In Xcode > Organizer, Apple now provides the Launch Time metric for your app, measured for each version!

Our ultimate goal is to reduce that duration, usually for the 90% percentile. 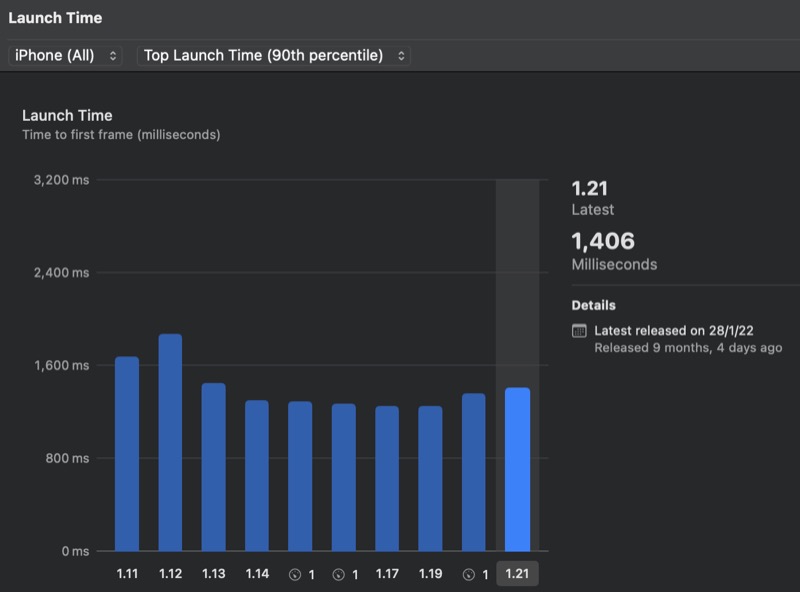 You should try to make 1 change at a time, release, then watch the real metrics.