Replacing if let in Swift 5.7

With the new Xcode 14, the biggest feature 😂 of Swift 5.7 has to be the enhancement of the unwrapping syntax. We can delete a lot of code with a simple find & replace. 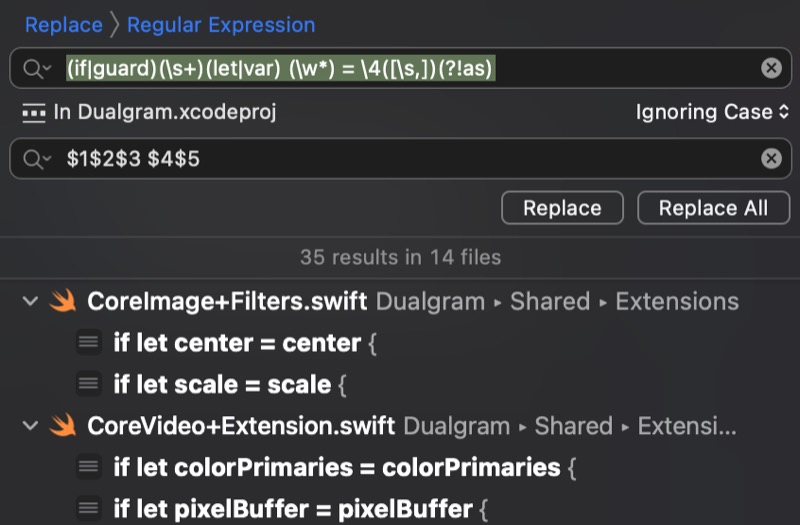 It’s that simple to remove lots of unnecessary code.

The regex is mostly copied from this tweet, with added support for multi-line guard-let statements.

The same trick can be used for any repetitive refactoring. So if you are not sure how the regex works, this is a quick explanation:

No code is best code.

UPDATED: Improving for other cases

The above regex does not fix all unwrapping. One shortcoming is that it replaces only the first in a if-statement. To replace the 2nd and subsequent unwrapping, you can run another regex.

You might have compiler warning as this regex matches more loosely. I have also added another negative lookahead for “?”, to prevent matching statements like let foo = foo ?? 42.