Everything About ErrorType - the Thing That Swift Throw

ErrorType is a big thing is Swift, changing the way how errors are handled.

NSError is the Past

NSError was the way how errors are encapsulated, and passed along in methods and blocks/closures.

But it was not a good design.

And it passes more information in userInfo as a dictionary.

It works, but isn’t cool.

A bit of History: In the very beginning (in MacOS, way before any iOS), there is NSException and try-catch in Objective-C, but eventually NSError took over.

Then comes ErrorType in Swift.

It is merely a protocol.

And it does NOT have any method. It is an EMPTY PROTOCOL.

That means you can make any of your type a ErrorType, and have it being throw around.

Note: ErrorType can always be casted to NSError, magically. You can cast to NSError without any problem, but it don’t make much sense because you lose almost all information on the error.

Every app should have one (or more) custom AppError that subclass ErrorType.

It will usually be an enum (but you can use class and struct too, if you want), with different cases of errors, and init with different parameters (thanks to enum)!

It will be good to implement CustomStringConvertible, and return description accordingly for each error case.

I will not discuss more on how try-catch-throw works, because there are many, and I love this version: 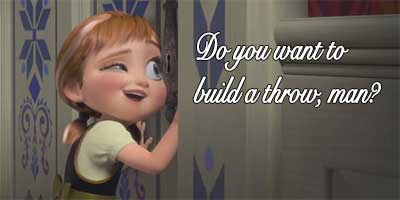 But I will provide an example using Unbox library (a good JSON decoder) of how to catch it’s UnboxError (their custom ErrorType):

Description of the Error

Given an error, we usually display error.localizedDescription to the user.

There are default implementations, but you will want to implement your own when you have meaningful messages that can be displayed. To do so, extend LocalizedError protocol.

There are other properties you may also extend to provide reasons and recovery.

There are 2 ways as discussed in appventure.me:

Using Result is simpler, and easier to read. It became popular as more developers use the Result, even though it is NOT in Swift standard library. It is a simple concept, and you can find a couple of different Result.swift in Github.

Result is an enumeration that’s either a .Success(value) or a .Failure(error), and is a common pattern among Swift programmers.

Before Swift 2, it is a common way to deal with a result - either success or with error.

But Result still is good and more composable eg. you can pass Result in a closure

The concept of Result is very simple, and the shortest implementation is:

But you may want to refer to a more complete implementation, which has more feature such as dematerialize to throw an error if it is a failure.

Many frameworks, such as Alamofire, will also write their own Result type. You cam probably write your own too.